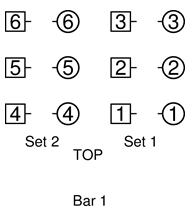 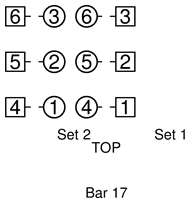 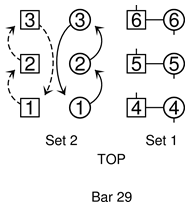 THE ROAD TO SCURDIE NESS

Composed by R Harcus (bobharcus [at] btinternet.com) to celebrate the 60th anniversary of the East Angus Branch of RSCDS on 30th November 2013. Some features of the route out through Ferryden to Scurdie Ness and around the base of the lighthouse might be recognised.

Devised by Bob Davidson (piobbeag [at] aol.com), who says, "Having recently done a dance which had the ladies dancing the men's role in a Men's Chain, I thought it only fair that the men would have their turn."

Devised by J. A. McKernan (jamckern [at] gmail.com) for Maggie and Caitlin on leaving Minnesota for Oregon, May 2012. It is a fast-paced dance to reflect Maggie and Caitlin's youth and vitality, it has a 1C solo to reflect their relationship, a chase to represent travel (4 bars to get to Oregon, pretty speedy!) and CPCP to suggest making new Scottish dance friends there.